If you are an introvert or a sensitive introvert, here are 3 science facts and more scientific information on the subject. I have selected them from different, interesting sources with the goal to help you feel less alone.

Table Of Contents
Sensitive introvert? Join the club.
–A few signs you might be a (highly) sensitive introvert.
So, what is sensitivity?
– 1) It is a basic human trait.
– 2) It is not a psychological disorder.
– 3) It is partially genetic.
Final Thoughts

Since Quietly Mary is the place for spiritual introverts, quiet people with vivid inner worlds, I thought the topic of highly sensitive people had to be included in the blog. I, for one, consider myself a highly sensitive introvert.

Neither trait – introversion or high sensitivity – was always familiar to me as concepts, even though I have been both an introvert and a sensitive person since birth. It took some good 30 years to discover I was an introvert, and a couple more years to become familiar with the concept of HSP, that is ‘highly sensitive people’. I was a sensitive introvert!

Finding out facilitated deeper levels of self awareness in a positive, liberating way. You see, it wasn’t a matter of labels: ‘spiritual introvert’, ‘sensitive introvert’, highly sensitive people, this or that. It was a matter of feeling that I finally ‘fit in’, somehow. Or, at least, I wasn’t the only one.

So, yeah, it is never so much about mere labeling (introvert, sensitive introvert, neither…) as it is about feeling seen, loved for/in spite of who you are, supported.

So far I have used the term ‘feeling’ a lot to talk about being a (highly) sensitive introvert. However, this topic has been is the object of a number of scientific studies.

A few signs you might be a (highly) sensitive introvert.

“People with emotional intensity are sometimes described as sensitive, caring, and attentive. At their best, they can be exceptionally perceptive, intuitive, and keenly observant of the subtleties of the environment. Yet they are also overwhelmed by the constant waves of social nuances and others’ emotional and psychic energies.”

Just like me, you too may be a sensitive introvert. You are probably sensitive to sights and sounds. You are not a big fan of surprises and like to observe a situation thoroughly before you jump into anything. However, you hardly tolerate being observed while you perform any activity, let alone judged (competitions, job interviews, etc…)

There are a few signs that can help you understand if you are a highly sensitive introvert. The interesting aspect is that some of the signs describing high sensitivity seem to overlap with qualities owned by introverts. Which, by the way, comes as no surprise: according to research, about 70% of highly sensitive people are introverts.

At the same time, this relatively new field of research offers further proof of something I mentioned above. We are not trying to label ourselves, perhaps feeding the narrative of ‘us versus them’. We are simply drawing on reliable information to support our sense of mental well-being and release the sense of feeling wrong.

“… with little awareness, many emotionally intense adults confessed to having felt lonely and misunderstood for years, being plagued with self-doubts, and living with a lingering sense of existential loneliness.” (Psychology Today)

I have selected 5 specific signs that will help you understand if you are living with a highly sensitive person or if you are one. Anyway, you may start recognising yourself in the following characteristics. You probably:

Dislike violent movies and TV shows
Are philosophical or spiritual rather than materialistic
Are creative and intuitive
Love music, nature, art, and beauty
Are empathic
Feel emotions intensely, especially joy, fear, and sadness

I have chosen some introductory information from a few sources online. Throughout the article you’ll find links to some educational websites whose bread and butter is, well, being a highly sensitive person. You may relate to being a sensitive introvert or perhaps a parent to a highly sensitive child. Some of these resources are very technical, while others are easier to digest.

So, what is sensitivity?

As we read in Psychology Today, “since the 1990s, various scientific frameworks have emerged to explain our differences in sensitivity. […] In 1995, Elaine Aron published her book Highly Sensitive People […] Aron defines high sensitivity as a distinct personality trait that affects as many as 15-20 percent of the population—too many to be a disorder, but not enough to be well understood by the majority.”

“Research shows that every person is sensitive, that people differ in their degree of sensitivity, just as they vary in other common human traits, such as personality characteristics.” Sensitivity Research

So, every human being is sensitive, to some extent. The degree of sensitivity varies just like any other human or personality trait. More or highly sensitive people are those who are more strongly affected by what they experience. Thus, as a sensitive introvert, you might be more prone to both sensory overload and introvert overwhelm.

It is interesting to note that a varying degree of sensitivity is shared by some animal species as well.
“The fact that similar differences in sensitivity have been observed in many other species, for example, in dogs, fish and birds, suggests that sensitivity has a biological basis and was conserved over the course of evolution due to its important role for adaption to the environment.” Sensitivity Research

2) It is not a psychological disorder.

As stated before, sensitivity is a biological trait: therefore, it is not a condition, disorder or diagnosis.

Sensitivity Research explain that even though there would seem to be some similarities, it differs from ASD (Autism Spectrum Disorder) and ADHD (Attention Deficit Hyperactivity Disorder).

In fact, Dr. Elaine Aron, one of the pioneers in studying sensitivity, theorised that “The highly sensitive person/child (HSP)/(HSC) has a sensitive nervous system. They are more aware of subtleties in his/her surroundings and are more easily overwhelmed when in a highly stimulating environment.” The Highly Sensitive Child. By the way, you might find this portal particularly helpful if you’re looking for specific information on highly sensitive children and how to best parent them.

In short, being a sensitive introvert doesn’t equal being diagnosed with mental illnesses. However, since highly sensitive people are a minority, and their brains function differently than non HSP’s, they are sometimes “mislabeled as abnormal by those who don’t understand what high sensitivity is all about.”

If you want to learn more about the most common disorders and diseases sensitivity differs from (and how) you might want to check out Highly Sensitive Person Coach.

3) It is partially genetic.

Sensitivity is partially genetic. About 50% of the differences in sensitivity between people can be explained by genetic factors, whereas the remaining 50% are accounted for by environmental influences.

So, even though it does have a genetic basis, sensitivity is also partially influenced by our upbringing as children as well as environment more in general, across one’s life. Which I find fascinating and a bit scary all at the same time: if you are aware of the fact that your upbringing wasn’t ideal or has left an emotional scar, then as a sensitive introvert you might want to pay a little extra attention, show yourself extra love, and self compassion.

Finally, studies in the field of Environmental Sensitivity posit that human beings differ in their ability to perceive and process information about their environment due to neurobiological differences in their brain, which is partially explained by genetic differences.

By now, I think it is clear that there is nothing is wrong with being a highly sensitive person. Knowing you are a highly sensitive introvert, educating yourself impacts your self perception. From ‘weird’ or ‘different’ to normal, scientific, empowered. A powerful shift, indeed.

Please allow me one last consideration.

We all know, at some level, that we should accept ourselves for who we are. However, it is easier said than done. External factors such as cultural, societal and even personal conditions often make it hard for us to access our truth, connect and stay connected to that core truth.

Which is why I find scientific data to be powerful validation, along with the added benefit that it is presented in various forms: papers, blogs, social media posts…

We get to choose the most suitable format to learn more and even connect with digital communities. Also, how lucky would we be if had even just 1 person in real life who would get us or even go as far as sharing their vulnerability!

2 thoughts on “Sensitive Introvert? Here Are 3 Science Facts On Sensitivity (You’re Not Alone Or Weird).” 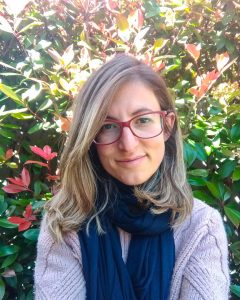 Hi, I’m Mary, introvert & highly sensitive woman.
I believe you can heal and thrive as an introvert to live a quietly empowered life through meditation, gratitude, and manifestation.
You can read more about me here.